The April PS Plus games became available, so as per my own rule if there are any from  the alphabet I’ve already played through they immediately become next in line, […]

The April PS Plus games became available, so as per my own rule if there are any from  the alphabet I’ve already played through they immediately become next in line, which is why the next game I’m noting down is 99Vidas. I payed this last night and it really made me laugh. It’s like modern take on classic side scrolling fight games, you’re just going along each level smashing up thugs along the way, I found the animations hilarious, along with the sound effects. I love that they used the PS4 controller audio for pick ups, so if you play without headphones you will hear sound effects through the controller which always adds an extra layer for me LOL. I will definitely play this again, even just to force someone else to watch it/play with me.

Don’t Die, Mr Robot! is another fun arcade style game, where you have to move a little robot around the screen avoiding objects for as long as possible. Simple concept but challenging enough to play, I would play this again possibly on the Vita as a casual game. 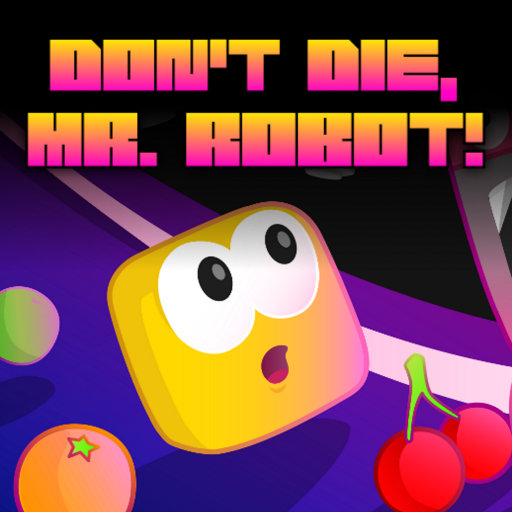 The next game is one I’d read a lot about on gaming sites etc, I knew it had a following and was keen to finally try it out. Don’t Starve is a wilderness survival game with a kind of dark Halloweenish vibe (in my opinion), and it reminded me a bit of Minecraft but instead of digging for stuff to build, you’re just collecting stuff to try and stay alive. 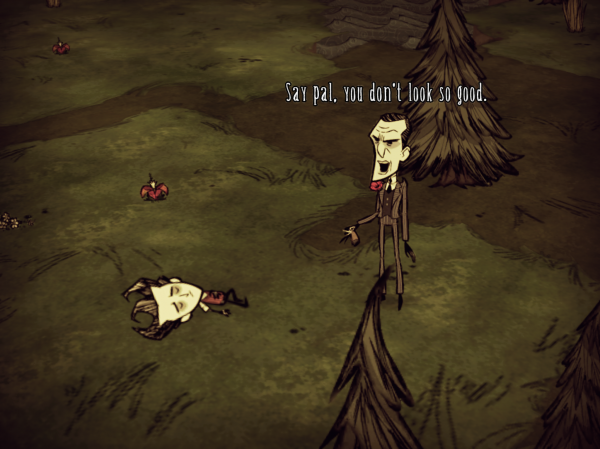 Unfortunately for me I couldn’t even stay alive for a whole day (it got dark and something killed me because I had no idea what I was doing). It’s a game I want to look into properly later, since I can’t say I’m not intrigued.

I tried to like the next game, Downwell but I just couldn’t get into it. I’ve heard other people raving about it, perhaps I should try it again, maybe on the Vita. What I really do like is their website design, as you scroll down it looks like you’re inside the game, since the game is literally you falling/dropping down a well. Simple but creative way to showcase the game!

I didn’t like Dragon Fin Soup but I feel like I could if I just pushed through and spent more time with it. Tactical turn based combat on a procedurally generated 2D world map, not my usual type of game, but like I said, perhaps if I just kept playing I could get into it. It’s just, I have so many games and so little time haha. 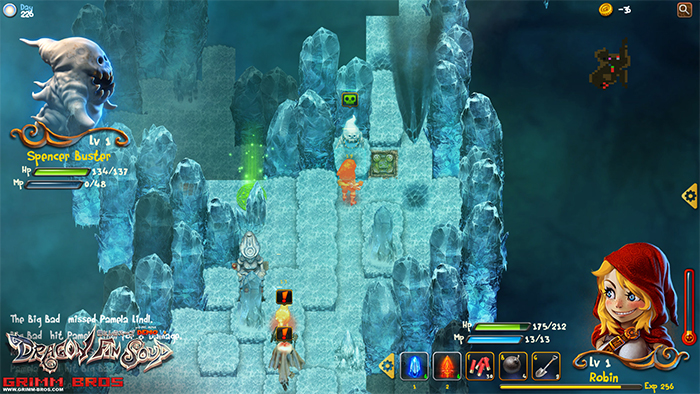 Drawn To Death could seriously be an awesome game. It’s basically set in someone’s school note pad, made to look like the entire world has been hastily drawn with a ball point pen, and I haven’t seen something as creative as this in a long time. All I did was run around the tutorial shooting gallery and that was loads of fun, I just couldn’t get over how cool everything looked, and how much time and thought obviously went into it. Unfortunately the actual gameplay is online multi player only, and I was that impressed that I was willing to go play it online, but the game crashed! I don’t know whether it was just my system or a server issue or whatever, but I was bummed I didn’t get to play it properly. I would absolutely love a VR version of this, it’s set up perfectly for VR. Also, if they could take the style and apply it to a single player game, that would be amazing.

I like driving games, so I was happy to play Driveclub when it was released, but unlike Gran Turismo which I love, this game was just meh for me. It does have its own thing going on, such as the fact that you can have online driving clubs (hence the name) which adds something different, but I think I played it once and then never looked at it again. There are other driving games out there that I would rather play.

Dungeon Punks – Not into this one at all. I definitely gave it a go but I was bored, I found the controls clunky and awkward, along with the animations in the game. I mean, it wasn’t the worst game I played by far, but with so many other games to choose from, I just wouldn’t want to spend more time with this. 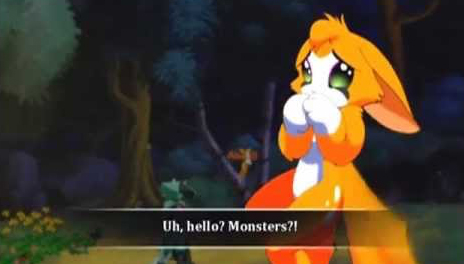 The final D game is one I wasn’t expecting to get much out of, but I played Dust: An Elysian Tail for quite some time because I was so easily caught up in it. Side scrolling action RPG, nice art style, a cute little furry flying sidekick/companion with amusing dialogue and tricks to boost your combat – what’s not to love? Also, the world has a adorable cartoon bunnies. SOLD.

That’s it for D, both E and F will be covered in the next entry, woo!