Awhile ago I’d heard about the game Entwined, and I loved the story of it immediately, a bird and a fish in love, but they can’t be together because, well, […]

Awhile ago I’d heard about the game Entwined, and I loved the story of it immediately, a bird and a fish in love, but they can’t be together because, well, one is a bird and one is a fish. I started up the game and went straight to the ‘How To Play’ from the menu, and after that I was so drawn into the game I almost played the whole story. It’s not all that long, but definitely challenging, and I just couldn’t put it down. What an amazing game! It surprises me that this has lukewarm reviews, especially when I see other games from my list that I really didn’t enjoy getting stellar reviews. What is wrong with people? :O

It’s a rhythm game where you use the controller sticks to try and sync the bird and the fish, do well enough and they form a type of dragon together, which you get to fly around at the end of each level, before it ends and you move onto the next lifetime. Gorgeous music, simple but pleasing graphics, I am ALL IN for this. I loved it so much I downloaded it to my Vita and sometimes play it on the bus or on my lunch break. I need more games like this.

Escape Plan – a game I’d never heard of, I dived right in and discovered it’s platform/puzzle game, where you need to get out of each room, clearing obstacles and timing everything so that you don’t kill the little characters you are trying to help escape. Each level is timed so that you can try to aim for 3 stars at the end, and of course it starts out super simple and then gets more complicated the further you go. It was fun, but I’ll probably end up just downloading it to the Vita and casually playing it on there rather than revisiting it on PS4.

I was looking forward to trying Ether One and as soon as the game started I was interested, a voicemail playing, someone begging you not to go somewhere (and you just know that’s where you are now), and then you wind up in some chair in a facility, undergoing some kind of procedure. From what I could make out you are exploring someone’s memories, the memories of a patient who perhaps has alzheimers or something, and you are trying to bring back lost memories, or unravel a mystery. I’m not exactly sure because I didn’t play for long. After awhile my interest waned, but I may go back and play more some time.

I played Everybody’s Gone To The Rapture awhile ago but I really need to go back finish it, I need to know what happened to this entire village of people who seem to have completely vanished lol. I feel like it’s something sad.

I love the look of the game, for an ‘indie’ the graphics are pretty amazing. Is this game even considered an indie? I don’t know. Probably, just because I don’t think it’s super long and you just wander around from what I can make out.

Ages ago I watched a documentary on Netflix called ‘Indie Game: The Movie’ which followed a few indie developers as they worked on games, and the next game on the list is one of them. I’d actually played it before watching the documentary so it was funny to see the people (or person) behind it. Apparently this dude got so mad when he found out how much money Youtubers made with let’s play videos he QUIT MAKING VIDEO GAMES . Dude, chill. LOL that’s just a rumour, I believe he actually quit just because he hated the industry. You can see just by watching the documentary that he’s…difficult. Basically everyone hates him for being a douchebag.

The game is Fez, it took like five years to make. It’s okay. The ability to rotate the platform is what makes it cool. 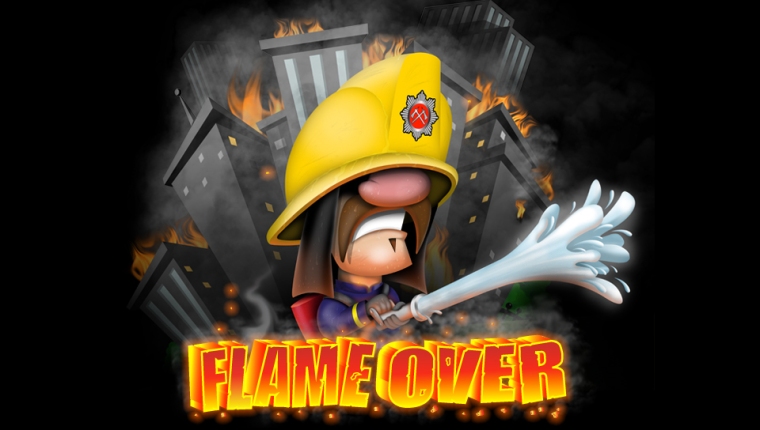 Flame Over – the firefighting game you didn’t realise you needed in your life. I am obsessed with it big time.

The developer’s lets play below makes it look so easy, but this game is friggin hard! I downloaded it to my Vita and I play it every chance I get.

forma.8 is a side scrolling game that I found similar to Badland, cute but not terribly memorable. Something I’d play casually. Cool soundtrack and the little ball you’re sending through the game can float/fly so it’s not just another endless runner.

I’ve never really been into fighting games, but the moment I started up Furi I was hooked, the story, the music, everything. One of the best soundtracks I’ve heard in a game. This is one of my standouts, I often find myself watching videos of people playing this. I found what I played incredibly hard but at the same time found myself wanting to MASTER it lol. I can see a lot of time spent with this game in the future.

Keeping on the topic of best game music, Futuridium EP Deluxe has another stellar soundtrack. I started this up and was immediately bobbing along to the music, I kept playing just to listen. The game itself is just you flying around shooting at things, and of course there are objectives and restrictions etc, but it’s pretty basic gameplay at its core. Worth it for the music.