Hardware Rivals is an online multiplayer game so it’s not really for me, however I did take the time to play the training area and that was fun all by […]

Hardware Rivals is an online multiplayer game so it’s not really for me, however I did take the time to play the training area and that was fun all by itself. This is something I’d enjoy with local multiplayer, you drive around in a tank shooting at all the other players in the ‘arena’. Super original? Not really, but fun enough! 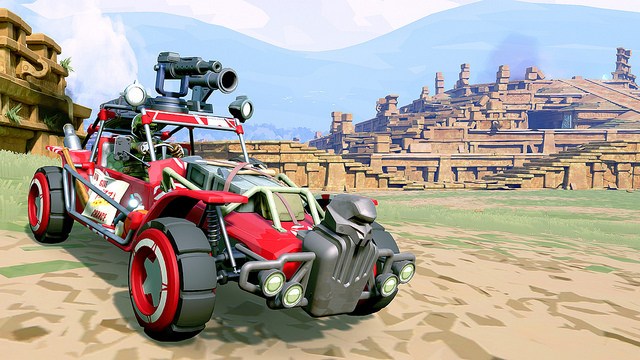 The next ‘game’ can’t really be called a game. Described as a visual novel (which I think fits it much better than being called a video game), Hatoful Boyfriend is one of the worst things on the PS store, at least in my opinion. I kept waiting for something to happen but nothing ever did. You are literally just clicking one button continuously as you read through a story about PIGEONS. It’s just awful, and yet has really good reviews? 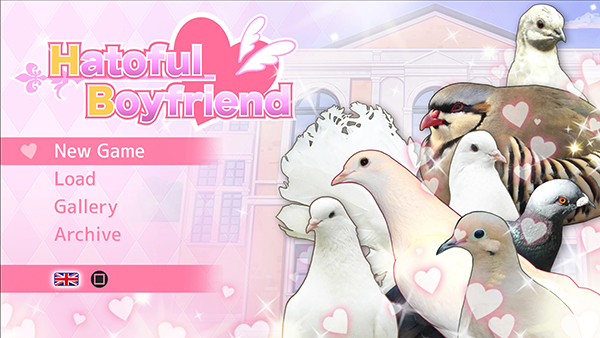 If you thought I was kidding about pigeons, you were wrong. 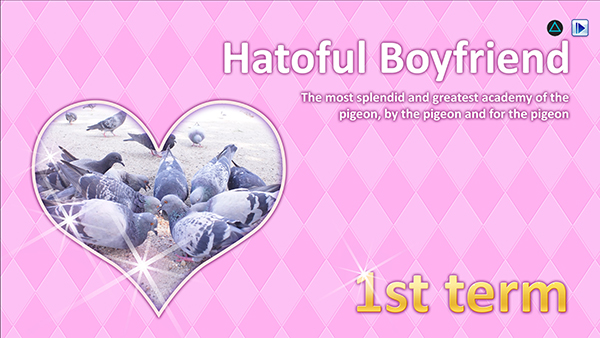 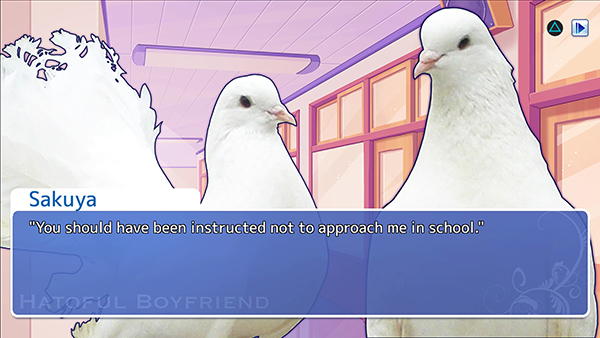 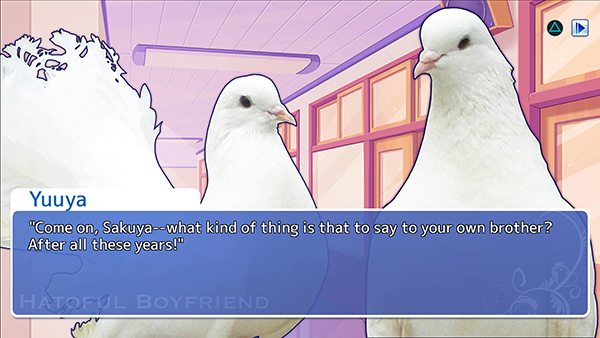 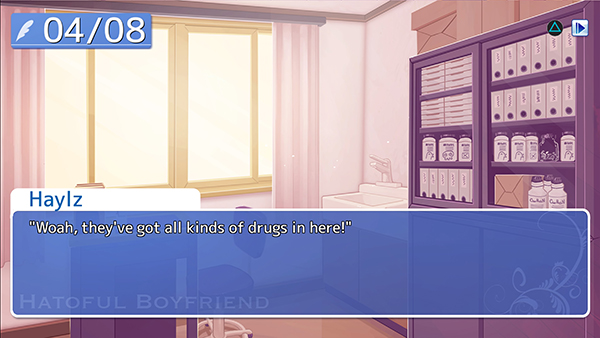 And I felt like I was on all of them while playing this. 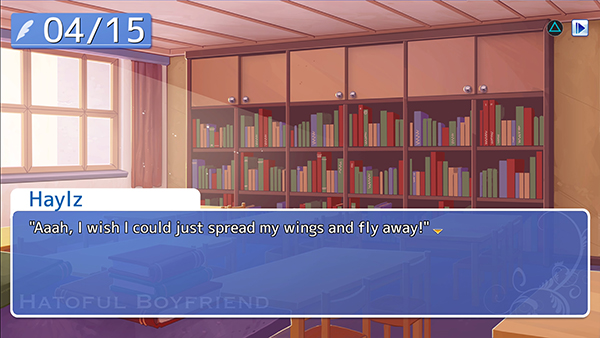 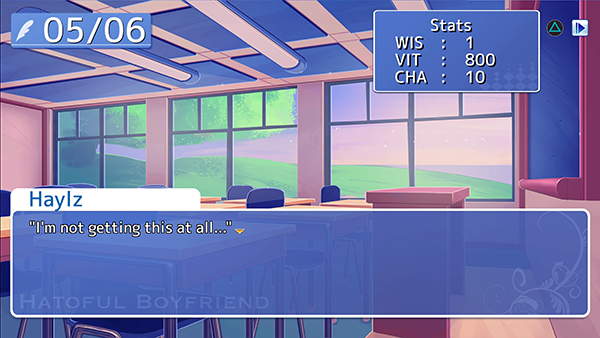 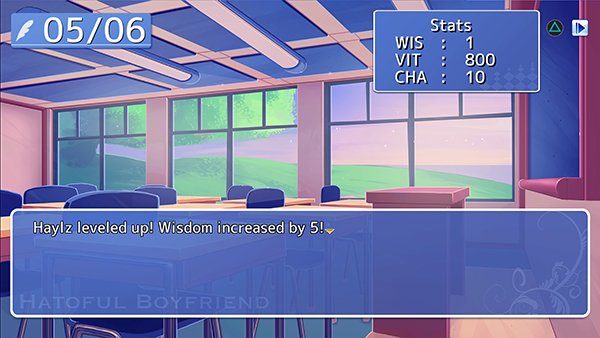 Clearly not, because I was still waiting for the actual game to start!

Honestly, I had no idea that creating a ‘story’ and slapping it over some photos of birds was all you needed to make a game. Why aren’t we all doing this? I have made video games of my own that are more complicated than this.

Will I play this again? HELL NO.

Helldivers is yet another multiplayer game, so once again I just played the training area and I could tell just from that it would be a fun game. I found the controls a bit clunky but not enough to ruin the experience. Not something I will likely play again unless I suddenly get the urge to play online with other people. Perhaps I should just start skipping the multiplayer games, we’ll see.

Awhile ago I remember something about the assassination game Hitman becoming free on PS4 and XBox One, so I had added it to my library and expected it to be some kind of demo since as far as I knew it was a newish game, and that is correct. The whole game is there but you can only play the first couple of missions which are more like training missions really. To play the rest of the game you need to purchase the full thing, and after playing the demo I’m thinking about it!

The game is all about stealth which I’m not used to at all. My approach is usually to run in guns blazing or swords swinging, and just kill everything. That’s not going to work in Hitman, you try that and you will fail, big time. I do like that it gives you options for getting out of those kinds of situations though. For instance, I really needed to disguise myself as someone else but to get their uniform would mean attacking them in front of a whole lot of people, and when I did this I was of course instantly surrounded, and one of the game’s suggestions was to allow myself to get arrested and then try and escape to continue the mission. The second mission was all about setting it up so that the target ended up killing themselves (without intending to of course), I love that kind of creativity lol.

I had never played any Hitman games before, but I did remember after playing the demo that I had at least one of the older games in my PS3 library through PS Plus, so I checked and indeed I have a trilogy of some sorts, so I’m looking forward to playing those games and seeing how I go as a master assassin.

Hohokum is more like hohohum. Supposedly a ‘relaxing’ experience where instead of there being objectives and things to do you’re just slithering around the screen as a snake thing. That’s as far as I got anyway, it’s not for me.

I wasn’t expecting much from Hue, looked to be just another platformer game, nothing special. How wrong was I?! It starts out looking pretty drab, yes, but that’s only because something has gone wrong and all the colour is missing, but you find colours as you go along, adding them to your colour wheel and using that wheel to change the environment around you. It’s difficult to explain but basically being able to change your background colour allows you to manipulate the platform world you’re trying to make your way through, for instance if the background is pink and there is a big blue box in your way, just change the background to blue and the box ‘disappears’, clearing the way for you. This is also true for when you need a big box to jump on, you could change the background and find that one is there, you just couldn’t see it because it was the same as the background colour before you changed it.

Are you confused yet?

I spent quite a lot of time playing it and I’m looking forward to going back and doing it properly!

In Space We Brawl was only added to PS Plus this month, I tried it but honestly only played for a few minutes, not really my thing.

Infamous Second Son was the first game I played on PS4, and still the most fun I’ve probably had in a video game. I’ve played it twice to get the platinum trophy, and just because I loved it so much. I hadn’t played any Infamous games prior to that but I ended up getting them super cheap for the PS3 and I have yet to play them (of course), but I will when I start chipping away at my PS3 library.

I was really excited when they announced Infamous First Light, it’s supposed to be DLC for Second Son since you play a character who was in Second Son (and it’s set before the events of SS, an origin story if you will) but it’s a full game in its own right, with its own platinum trophy and everything. I love how the ending of First Light ties in with the beginning of Second Son,  it was really well done. I ended up enjoying First Light almost as much as Second Son, and even though I have completed both and got both platinum trophies, i know I will play them again one day, love them!

I love me some superhero games, but I’m not big on fighting games like Streetfighter, Mortal Kombat etc. Injustice Gods Among Us is a fighting game, but there is enough story in between that it doesn’t feel like just a fighting game. During the actual fights I just found myself button mashing and not paying nearly enough attention to using special moves or blocking enough, but I got through the first few fights lol. I will probably play it again because I’m interested in the story aspect of the game. 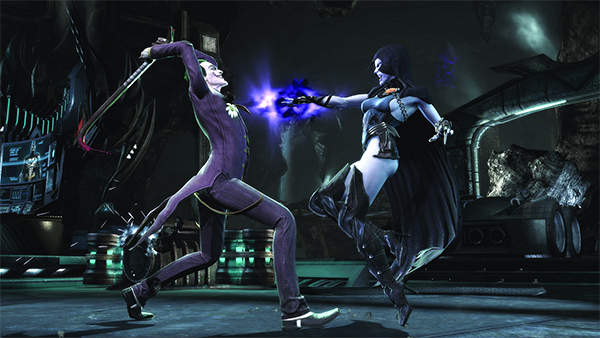 Last on the ‘I’ list is Invisible Inc. What can I say? It’s turn based!!! I actually love the theme of this game but the gameplay for me is a big no.